What does it mean to be a CHAMPION? 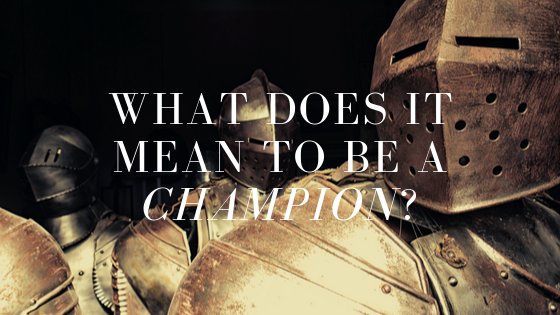 Many times, when we think of CHAMPIONS we think of sports figures.  For instance, Mohammed Ali is considered the greatest boxer in history.  We may be reminded of the Super Bowl and the World Series or the greatest hockey and soccer players. Yogi Berra of the New York Yankees won 10 World Series; Bill Russell won 11 NBA Championships with the Boston Celtics and Henri Richard of the Montreal Canadians won 11 NHL Stanley Cups.  But, what about being a CHAMPION Family or a CHAMPION Mom or Dad or CHAMPION in the community?

On November 14, at the FAIR PARK HALL OF HEROES Anthem Strong Families will honor individuals, businesses and corporations who are CHAMPIONING families, and like us, fighting for families by implementing game-changing policies, services and programs that are transforming lives and communities.

These individuals and corporations are Dallas/Fort Worth CHAMPIONS

During interviews of these tireless Dallas/Fort Worth leaders several common threads were revealed from them about what it means to be a champion.

One reply on “What does it mean to be a CHAMPION?”

Good write up, positive response to my question /request.